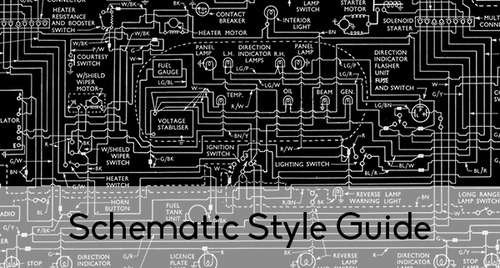 After the block diagram, the schematic drawing is the very first stage in fleshing out your idea into a working design. It’s when you figure out your project’s electrical flow, and it serves as a crucial reference during the layout stage. For these reasons, it’s incredibly important to build your schematic in a way that is clear, comprehensive, and organized for both you and your teammates. A clean schematic will minimize your chances of making translational errors down the road, making reviews and debugs a breeze.

Here’s a style guide to help you keep your schematics legible and consistent (you can download a printable checklist of the Style Guide here!).